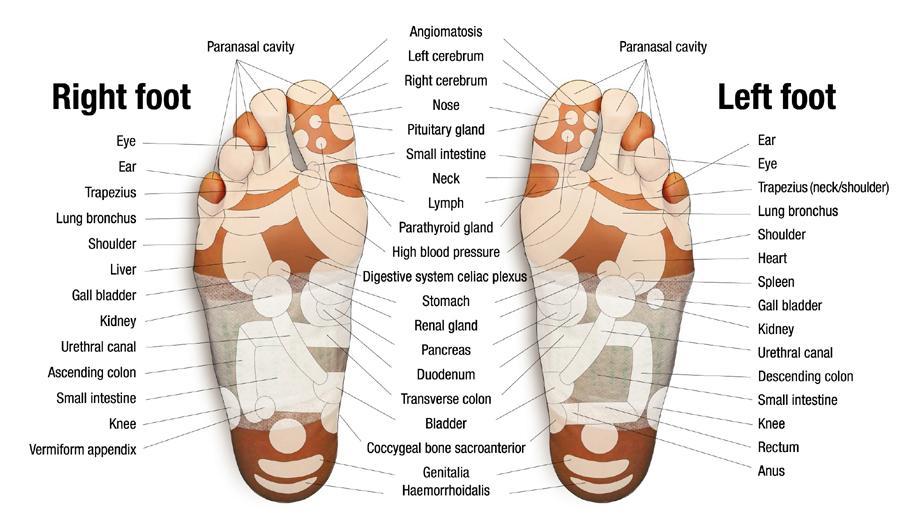 What is the corresponding spot in the feet?

This was written by doctor Guan Youmo, author of “Dirty feet were the cause of all diseases” (published by Culture and Creation Publication), from Taiwan.

The acupuncture point is the peripheral nerves corresponding to specific organs and bowels in the body.

It is mainly concentrated on the sole, which we call the “acupuncture point.”

For example, when the “acupuncture point” of the stomach in the sole in the appendix chart gets stimulated, the impetus will be transmitted to the cerebrum through the protruding parts of the backbone.

Foot acupuncture point therapy is booming all over the world primarily because through the stimulus of the kidneys, urethra, and bladder, stress is relieved, and blood becomes clean.

And it also doesn’t put direct pressure on the intestines in the body, thus showing the unbelievable effect on the body.

Chi Foot Patches have paid attention to the acupuncture point therapy and devised that by attaching patches to the sole and stimulating the part, the patches would have the effect of acupuncture. Thus, “Chi Foot Patches” was created.

People are fond of the patches because the fantastic effect shows when the Chi Foot Patches are attached to the affected part and the sole.

This fantastic effect is finally revealed to the world, so the patrons of the Chi Foot Patches have increased worldwide.

Suggested use of patches for other of the body